2017 was *mostly* hot garbage.  I don’t want to lump it all together and pour gasoline on the dumpster fire that it was, but I have 0 sad feelings about letting it go.  BYE-FE-LICIA; as happy to wish farewell to 2017 as I was to do the same to that saying. When I think about 2017 I think about strife and struggle and sadness, but I forced myself to dig through the darkness and notice the moments, both good and bad.

My dad lost part of his leg after a long battle wth Type II Diabetes, but we were showered with extreme generosity from friends and family after that which was beyond touching.  We went through an intense house hunt, and lost a BUNCH of houses (damn sellers market!), but finally got the perfect place for us which we’ve made into a home over the last few months.  Kenny left the job that has been a home for him for the past several years, but took on a new adventure which has provided him lots of new opportunities to grow.  We saw lots of friends find love, get married, have babies and have experienced joy through their joy.  I took my mom on a bomb vacation for her birthday.  My parents sold their townhouse and moved into a nice, accessible place super close to us.  Work and students provided lots of challenges, but I also won a pretty cool award in the spring.  I built some new friendships and rekindled others.  I published a blog putting all my biznass out onto the internet for all to read.  And, I felt the worst pain I could imagine feeling…multiple times.  But, I also survived.

Later on in life, when I look at 2017, I don’t think it will be my favorite year. Actually, I know it won’t be my favorite.  Pretty much it was trash. The highs were quite high, but the lows were the lowest.  And my memories of the lows, I know, will remain fresher than any of the highs.

In general, I do like to reflect at the end of a year, and I like the concept of a fresh start of sorts.  I am proud that I survived this year. That sounds mad dramatic.  I am a Leo, so.

But, I don’t know if I can honestly say the cliche “I came out stronger” and really believe that.  To be honest, I feel like I was pretty strong already, which is why I survived this mess of a year to begin with.  I come from a pretty long line of tough AF broads, we go through shit, we handle it, and we move on; from the little things to the real stuff.   While I had a lot of the real stuff, I am thankful I had, as my parents my say, the “intestinal fortitude” to somehow manage.  That plus lots of support from friends and family and, plenty of really fun distractions.

I’ve never been a resolution person. I feel like it’s all talk, not a lot of action.  And I hate no action.   I liked this post I saw my friend share on IG: 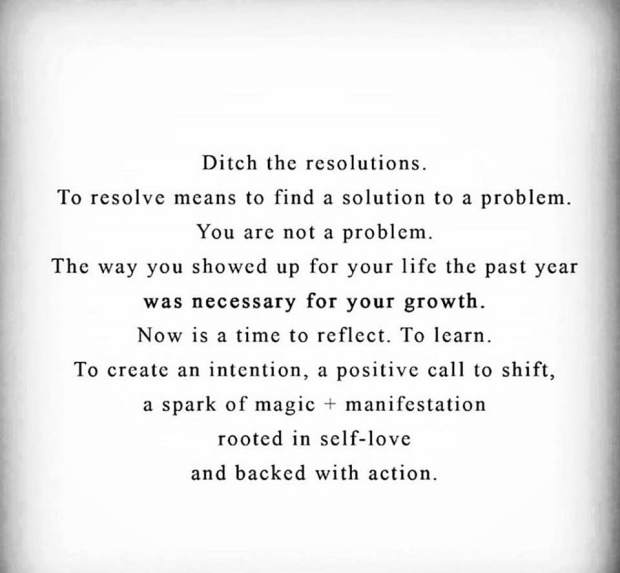 With that quote in mind, here I go.  Intentions, backed with action.  I do prefer to look forward than backward, because backward is kind of a sad shitshow of tears and doctors, so let’s talk 2018.  Here are some things I want to think about or focus on in 2018:

There’s a lot to do, a lot to think about, a lot to consider.  I am currently anti-hope.  That sounds terrible, right?  But, it’s the damn truth.  Hope hasn’t gotten me anywhere yet.  It’s not so much that I don’t have any, it’s just that focusing on that hasn’t been fruitful.  Instead, I am trying to focus on the things I can actually control. My body. My mind. My spirit.  I will take care of those things in 2018 and then we’ll just see what the hell happens from there.

And, if all else fails, if I get sad when thinking about 2017, I’ll just remember I met the mother-effing BACKSTREET BOYS. 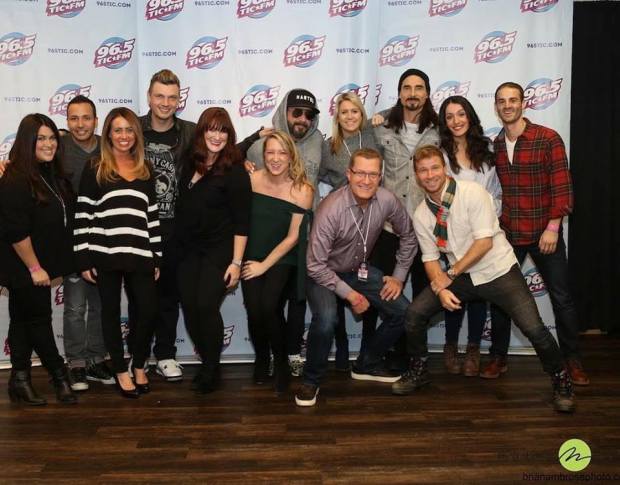