Oh, hello.  Your favorite delinquent blogger here!  I would blame my lack of blogging on traveling to work conferences almost the entirety of November.  But, it honestly had more to do with me having absolutely no energy whatsoever (maybe because I’m chubby? Maybe because I’m bored of telling sad stories? Who even knows anymore lol).  Nevertheless, here I am. Back again. Colleen’s back. Tell a friend. 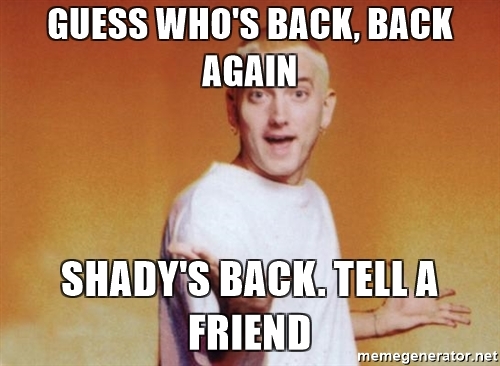 **IF YOU ARE NOT CURRENT (OR AT LEAST UP TO THE 2ND TO LAST EPISODE) ON THIS IS US, CLOSE THIS SITE, SHUT OFF YOUR COMPUTER, CATCH UP AND THEN COME BACK. YOU HAVE BEEN WARNED.**

I thought about not watching the end of this season.  I actually saw a bunch of articles about people not watching it because it was definitely triggering for any of us who have dealt with infertility or pregnancy loss. If you don’t watch the show at all, you’re missing out, but have also probably saved a lot of money in tissues.  It is a cry fest every week for me, but I’m a sap anyway.  Though the last couple of episodes have been extra given the content.

Truth is, I saw this coming from the early episode where Kate was being weird working out a bunch and being shady around Toby.  As soon as she walked into the pharmacy I was like…I know what this is.  There was a tiny piece of me thinking is she getting diet pills or something, but 97% of me said she’s knocked up.  And then they end the episode with her at the GYN doing an ultrasound and confirming she is 6 weeks.  Of course this isn’t really accurate, because they don’t usually do an ultrasound that early, but still.  But since it was a “geriatric pregnancy” (WHAT A TERM!) and her weight, it is possible.

The timing was atrocious because I had just passed 6 weeks but also knew the pregnancy wasn’t viable.  So, obviously, the episode ended with me in a fight with Kenny. Because, that makes sense. Duh.  Legit though, I told him how the episode ended and he was like oh…should I wear these jeans tomorrow?  And I looked at him with the crazy eyeballs.

Nothing inside of you said “Self, maybe you should have a different reaction to this statement.  Or realize this might suck for her?”

But, I related so much to her feelings when she told Toby and told him he wasn’t allowed to be excited because stats said this would not last and he needed to calm down.  But then his excitement was infectious and she started to get excited as well, even with that little voice in the back of her head saying hooooooooold up.  She finally told her family and things were progressing as they should.  So, each time you get a good report (I don’t really know how that feels tho haha) you get more and more hopeful.

As a fan of the show, I was hoping that they would go the less expected route, and actually have her pregnancy go normally.  Since there is so much heartbreak and drama in the show, you almost knew something bad would happen, the question was just when it would.  But I thought maybe they’d hit us with the okeydoke and everything would go swimmingly with other drama somewhere else.

They did one episode per triplet.  First was Kevin, and his was a mess.  Damn.  I am worried for him for real though.  He kept getting phone calls from Kate he was ignoring, so I knew.  Then Toby called, and if you weren’t sure before, now you were.  But then at the end they jus told you. So, in my head I am thinking, ok, am I watching next week?  maybe I will play it by ear.  See where my emotional state is at the moment and decide.

So I cozied up on the couch with a blanket and a lot of tissues and Kenny left because he hates this show. I took notes on my phone because I wanted to remember the moments that stood out and my initial reactions.  And, here they are, for your reading pleasure:

Overall I thought they did a pretty good job fitting into a one your episode how this really feels, for so many of the people involved. At the end of watching the video I wrote a little blurb that combined my feelings with what I thought Kate was feeling.

It’s never just bleeding or losing a clump of cells.  It’s losing all your hopes and dreams.  Everything you’ve already envisioned despite trying to force yourself not to.  Its the idea of telling your parents the exciting news, it’s how you see your child playing with their cousins, it’s hairdos you’ve pictured, nursery color schemes, even fears of how you’ll pay for child care.  All of those things flash in such a short time after finding out you are pregnant and then in a blink again they’re gone.  Or in m case drawn out over weeks of questions and wondering.

Even though I sobbed uncontrollably I am grateful the experience was put out for the public to see.