When this horrible shit starts happening to you, you begin to wonder why.  Why me? What did I do to deserve this?  What could I have done to prevent this?  And you begin the blame game.  Most of blame falls on yourself.  These are all the things I must have done to cause this.  And some of that comes from others’ quasi innocent comments about other people and their pregnancies or difficulties.  You start to internalize all of this stuff (of course this is just my experience, but I have had a few people tell me the same thing).

The other thing, in my case, was a rising sense of resentment.  The first level of resentment is aimed at all those around who you ‘seemingly’ are just getting pregnant by walking too close by their signif. And then poof, magic.  You aren’t unhappy for them (not your close friends/family at least!) but you’re just like WHAT THE EFFFFF.  Is everyone just full of eggs and follicles galore?  This is crap.  You find yourself not wanting to be around the preggo friends or the ones with little ones.  It’s just so emotional.  For me, I love babies and little nuggets of all kinds.  I always have.  So I want to be around them.  But after all this nonsense, it is both fun and hurts a great deal.  So it is difficult to support your people and also self-preserve at the same time. And that sucks.

For me it came and went.  But even though it is hard, mostly the joy of being around babies and kids eventually washed away the sadness or resentment feelings that were lurking.  Unless one of your friends announced they were pregnant (perhaps, again) while you were there visiting.  Then, it’s Mach 5 Resentment mode in full force.

The brunt of the resentment-thon has certainly been felt by the hubs.  We got married 6 years to the day we met.  We did 4+ years long distance RI and CT to NY before moving in together in Connecticut and getting engaged in 2014.  I was 33 when we got married and he was 34.  When we met I was the ripe old age of 27, TWENTY SEVEN.  I can’t even remember what it felt like to be an age that started with 2 at this point.  While we were dating we went through a lot.  Distance was challenging.  Kenny had a complicated and difficult career change.  Kenny’s mom was diagnosed with and beat (WOOOHOOO) breast cancer.  My dad had a bunch of health issues.  My brother came back from his second tour in Iraq and completed his Army contract.  You know, life.

But there were many a DTR convo, determine the relationship, for those of you who aren’t familiar with this acronym.  Kenny is, how shall I say this, slow and steady. 🙂  He doesn’t do a damn thing until he’s good and ready. And I mean GOOD AND READY.  About 4 years into the relationship we had already talked about marriage and family and future etc., but no action.  We had a difficult and emotional conversation where I said in perhaps a psychic or self-fulfilling prophecy kind of way, “if you wait so long to propose that by the time we get married I can’t have kids I’ll never forgive you.” Yeah. Like the straight up.  But I knew he was in no rush he would dilly dally until we were 47.  I am an efficient, action-oriented, do-er.  He is a thoughtful, meticulous, ponderer.  There is no sense of urgency.  Almost ever.  We are essentially polar opposites.  I am Red Sox, Iced Dunkin, red wine. He is Yankees, Starbucks Lattes, white wine.  If there’s a spectrum, we are on opposite ends.

But, it works for us.  He is the calm to my storm.  I get all worked up, and he is steady Eddy. It’s good most of the time.  But, this fertility drama has really tested us.  First of all, when I am a mess, whether it is sick or sad or whatever, he is the best.  When we were first together, this is one of the things that made me realize we were meant to be.  Because he just took care of me.  And it was lovely.

The biggest issue is the calmness.  I love it in basically every other scenario except this one.  It feels cold, distant, and medical.  I know that he is trying to be calm for both of us because I’m a hot mess.  But it feels like he is trying to be my doctor and has no actual feelings of his own during this horrendous experience.

But the hardest thing has been thinking “if only we got engaged, married, started trying, earlier” and not feeling just overall angry at him all the time.  BTW I know that is completely ridiculous and unfair, but this is the truth serum blog so I’m just keeping it real.  It has crossed my mind before.  If I knew I wanted to marry him after a year or so, why did it take another 4 for him to get that together?  And would we maybe have not had these issues if all this happened earlier?

Who knows.  This could have been our future regardless. But I keep thinking back to that DTR convo, I’ll never forgive you, and now that we are living it, I just keep hoping I was wrong.  I don’t actually blame him for this, at all.  But age is a real factor in fertility, no matter how much they tell you it’s not.  It doesn’t make it impossible, but it does make it harder.  So, the little thought does float through my brain from time to time.  And I have to push it out.  Because he’s my husband, and he’s in this fight with me, and this is his nightmare too, and there were many circumstances that played into our eventual marriage.

But resentment is a bitch, and can drag you into a sad, dark hole. So, try to talk yourself out of it.

And also, how can you be mad at this FACE. ❤ 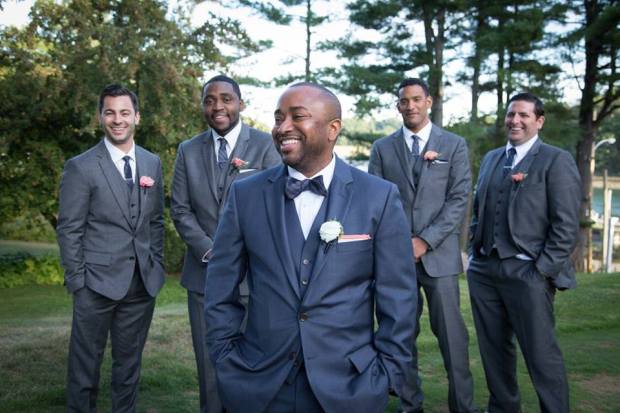