For all my OG Dane Cook fans out there; you ever get 12 hours into a Monopoly game and then just give up, and flip the table over?  Well, that’s about where I was at circa September 2016. 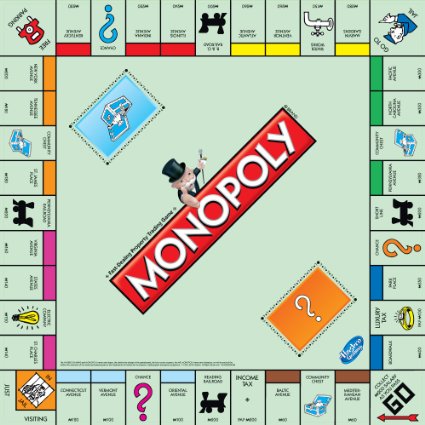 After the May incident, we were advised to take a couple of months off before trying to get pregnant again.  The idea was that I could build back up a store of folic acid and give the bod a little rest.  But, even if we didn’t get that advice from the doctor, we probably would’ve taken the summer off anyway.  Mentally, it was just unbelievably draining and messed with my head.  So having a summer full of the beach and not counting days or waiting or worrying was just what the doctor ordered, quite literally.

So, we did just that and it was a nice break.  I couldn’t help but think we were wasting precious time, though.  That is the problem with the “breaks” mandatory or voluntary, you end up feeling like Mona Lisa Vito from My Cousin Vinny…”My Biological Clock is Ticking Like This!” But alas, it was a nice summer off from the constant thinking, planning, wondering, waiting.

So, after I got my period in August we were a go to start trying again.  We weren’t trying too hard, meaning there wasn’t a hefty amount of scheduled shenannies.  For the record, nothing hotter than essentially having a calendar invite for sexy time. Ugh.  Anyway, during the week of possibility we gave it a shot. Then I went into one of the busiest months of the year for me at work.

I really didn’t have any expectations, it felt sort of like a fresh start. So, when a few days before I expected my period I started spotting, I didn’t think anything of it.  I figured it was just my period starting a smidge early, not that crazy. I was working 15-17 hour days for about a week and the spotting kept hanging around and never “turned into” my period.  I thought it was weird, and with my history with spotting (still bullshit) I questioned the sitch at this point.

Exactly a week after the spotting started and my first day back to a normal work schedule, I went downstairs to shower before work and decided maybe I should just take a test.  Peed on the stick and hopped right into the shower, really doing it for more of a reassurance that I wasn’t pregnant.  Much to my surprise when I stepped out of the shower, over the stick on the floor, I looked down and wiped the water out of my eyes because I thought I was seeing things. Pregnant.  Again.  And I wasn’t even a little excited.

You know how much it sucks to see a positive pregnancy test and automatically be nervous and stressed instead of excited?  In this case I was already spotting for an extended period of time before I even got a positive test, so I more or less knew it wasn’t a good sign.  But, I did my normal internal convincing not to jump to terrible conclusions.  Called the doctor, went in for a blood test, numbers were relatively low but not alarming-here it comes…hope.  Just continuing my pattern of trying to live in a place between hopes up and hopeless.  It’s a tricky balance to find.

I had to go back in 48 hours, it was a weekend, so I was told to call urgent care in the afternoon to get one of the nurses to call me back with results.  It was actually the only unpleasant experience I had with one of the staff at my doctor’s office.  The nurse was just not nice.  My numbers went up…but not by enough.  She told me she couldn’t really say what to do next, I had to just wait it out until Monday.  Not pleasant or helpful. So I was just left in a pool of question marks. Like, seriously lady, what the shit!

The tiny sense of hope was dwindling, but at that point I just wanted to know. They had me go back again 48 hours later, but while I was waiting for the results call the bleeding kicked up quite a bit so I more or less knew what they were going to tell me.  And, when I got the call, I got the answer I anticipated, numbers were going down.  Another miscarriage.

Even though I kind of knew given how this went down, this one hit me really hard.  It was like the trifecta of shittyness.  I had a bit of a breakdown.  Kenny came home from work and found me in a ball in the bedroom.

Have you ever been on an end of a fight you didn’t know you were in?  That’s what this was like.  He wanted to help and be there for me, but everything he did was the actual worst.  Not in reality, just nothing he could do or say would make me feel better, so it only made me more upset.  I was a lost cause, at least for the time being.  I know that was hard for both of us, because Kenny wants directions- “Like, what exactly can I do for you?” And I couldn’t articulate what I needed, because this was new territory of hopelessness that I hadn’t quite felt before.  It was really bad.

After I got somewhat out of that, I was just like a walking water balloon, if water balloons were full of tears.  Any little thing could make me cry at any moment; I avoided Facebook for fear of a baby announcement sending me into Sob-mode-5000.

At our follow up doctor’s appointment I continued my trend of crying every time I walk into the office.  They definitely think I’m batshit, even though they try to convince me otherwise.  They said at this point they were referring us to a specialists, now that we reached the magical number of 3 losses.  Like hitting the devastation lottery.

I felt like I hit my max.  Like I could not handle this again.  Like maybe despite everything I thought my whole life, maybe I wasn’t meant to be a mother.  That my body was failing me.  Like there HAD to be something wrong with me that was causing this-and what did I do to cause that?  And what did I do to deserve this?  It was a whole new level of mind racing and thinking all of the things that weren’t actually helpful.

To top it off about 2 weeks after this third loss, we were set to celebrate our 1st anniversary.  I’d never been less excited for something in my life.  I just expected our anniversary to be so different, and not full of sadness.  If the January incident didn’t happen, I actually would have been due around that time.  So that was looming, on top of May, on top of this new situation.  It was just a dark cloud over what should have been an awesome time. We bought a bottle of wine at our favorite vineyard from our honeymoon in Santorini to have on our anniversary, but I truly thought I would have to skip out on drinking it because I would be preggo by then.  I guess searching for the bright side, I did get to enjoy it, and it was just as delish as it was a year before.

Don’t worry, I mustered up some positivity and excitement to celebrate once it actually came around.  But it was a challenge I wasn’t expecting to have going into it.  Plus, Kenny kills the gift game, so he got me a replica of my wedding bouquet, because I was so sad I didn’t get to preserve it!

And he surprised me with tickets for us to see the Bad Boy Reunion Tour; because he knew nothing says romantic anniversary celebration to me like a little 90s hip hop throwback concert. Cue Mo Money Mo Problems…